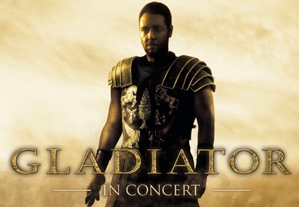 AVS Group descends into the arena with the Gladiator in concert

On June 6th a sensational, unique and unrepeatable event will take place in Rome. The screening of the film “The Gladiator” by Ridley Scott, winner of 5 Oscars will take place in Rome inside the Colosseum, the most famous monument in the world. AVS Group will perform the screening of the film and the footage of the event, supporting the Orchestra Italiana del Cinema with 200 elements between orchestra and choir that will perform live and in perfect sync all the exciting music by Hans Zimmer and Lisa Gerrard with the direction of Justin Freer. The event of the Colosseum will be a Charity Event for just about 300 lucky donors to raise funds for the cause of the definitive eradication of polio from the planet. Hans Zimmer and Lisa Gerrard (who will sing as a lead singer in the choir) will attend and, of course, Russel Crowe, the unforgettable general Massimo Decimo Meridio, will be also there.

The event will be repeated on 8th and 9th June in the also unique and inimitable location of the Circus Maximus in two dates open to the public, always with the participation of prestigious guests; AVS Group will install a 26-meter LED screen width for 11-meters height, taking care of airing and video footage. It is with great pride that AVS Group announces its partnership with the Orchestra Italiana del Cinema, whose Chairman Marco Patrignani (also CEO of the Forum Music Village, one of the most important recording studios in the world, founded among others by the great composer Ennio Morricone) has strongly wanted AVS Group by his side in three events that simply have not equal, given the artistic value of the film and the unique scenario in which they will take place.